Bought in a group of cars when I was 15. Never really appreciated it and didn’t really drive it. During my uni years a friend and I got the idea of strapping rockets engines to a RC car and this one ended up being the unlucky guinea pig. Needless to say things didn’t end well!

After digging the car out of storage, it got me hooked back into RC cars. While I was starting to restore it, I soon realised there was a lot of other vintage RC cars from my childhood on eBay, and so got a little side tracked in the restoration. I will come back to this one day. 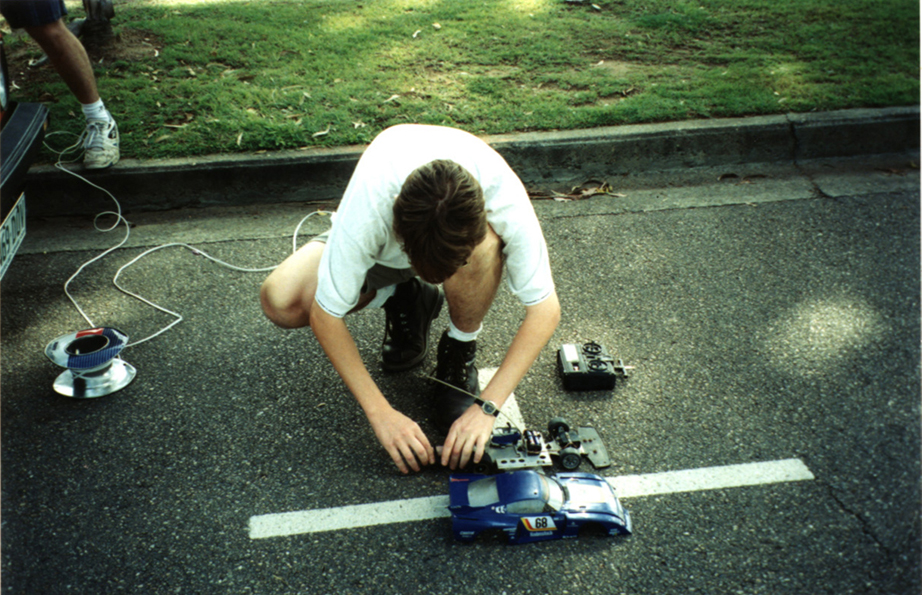 Using two solid fuel rockets engines (the biggest we could find) to see how fast we could make it go. Feeble attempts where made to control the steering, but there was no real grip in the tires and the steering was too sensitive anyway. The other mistake we made was putting the engines side by side. Because of differential thrust the car kicked slightly one way and then the other once the second engine kicked in. 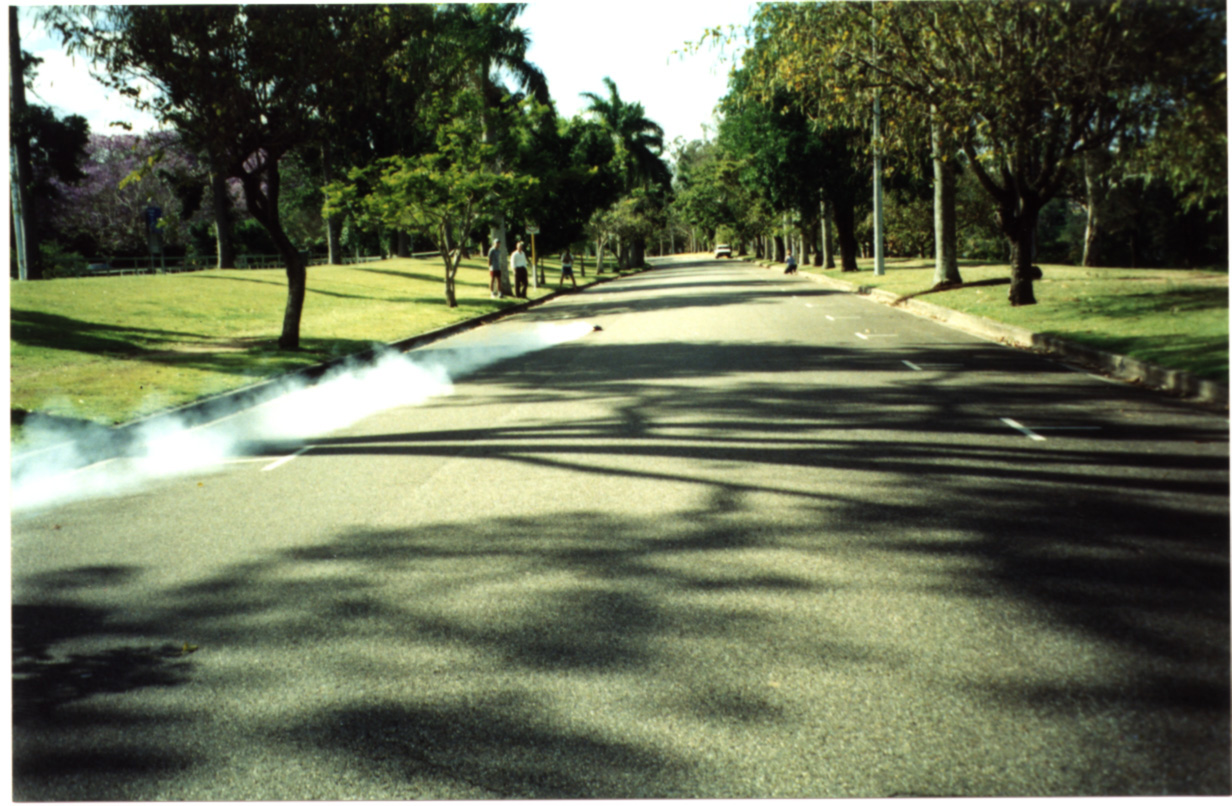 Even though it lost a tire along the way, the car still went a fair distance! 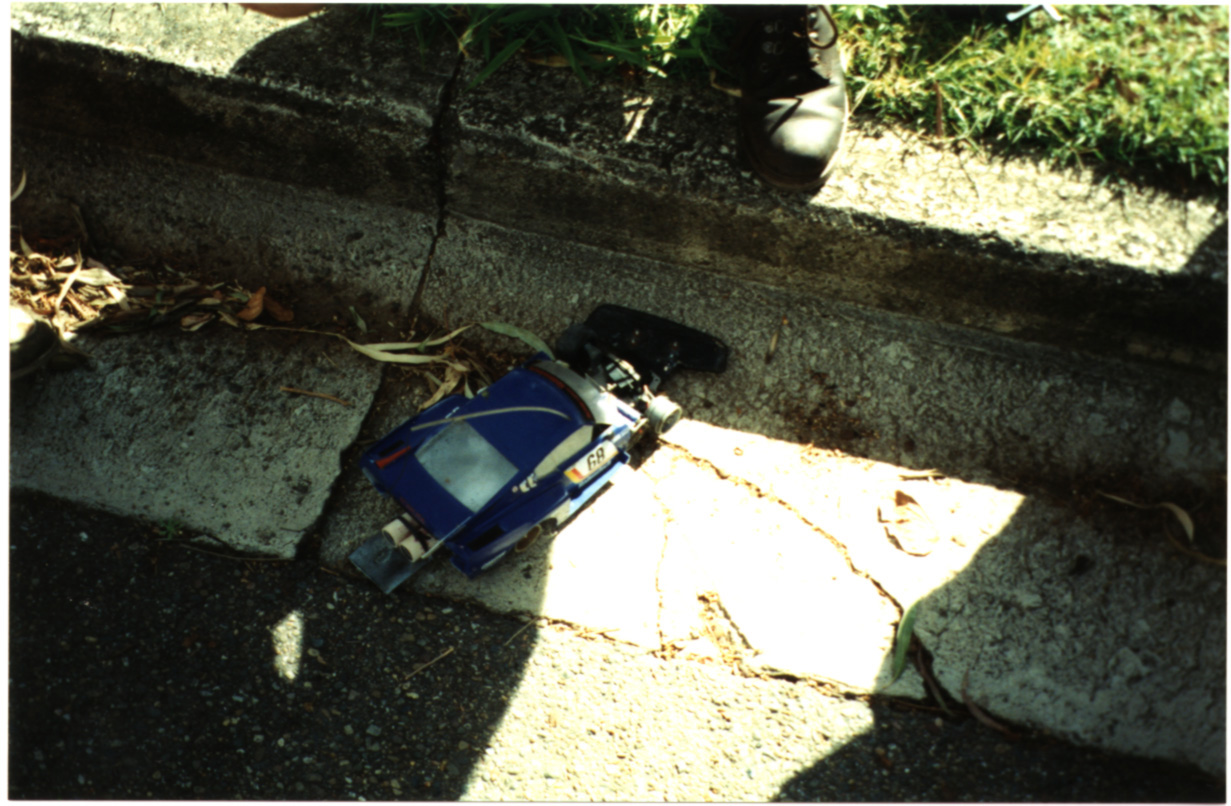 On the first run, after hitting the right side of the gutter, the body didn’t fair too well. 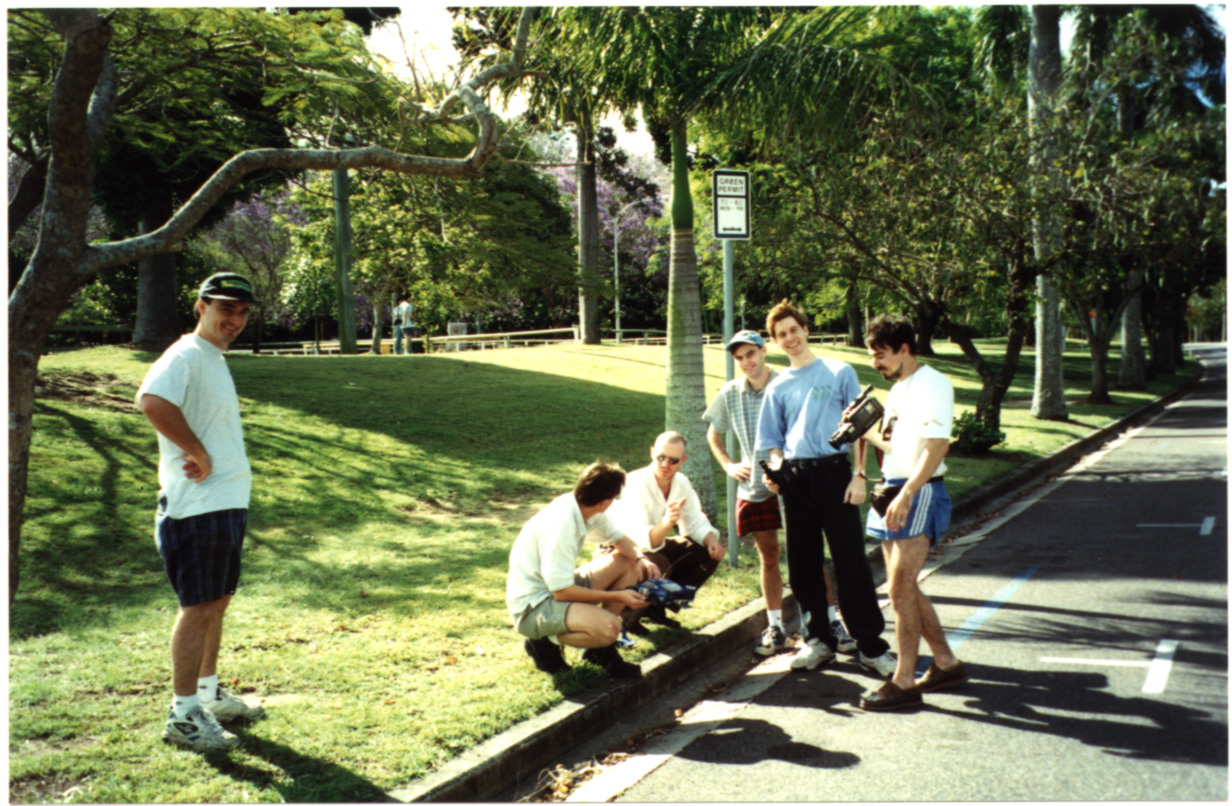 Some of the guys from uni. We did video the first attempt, but unfortunately the video was lost. This was about 1995, so downloading video from tape to a computer was still relatively new. 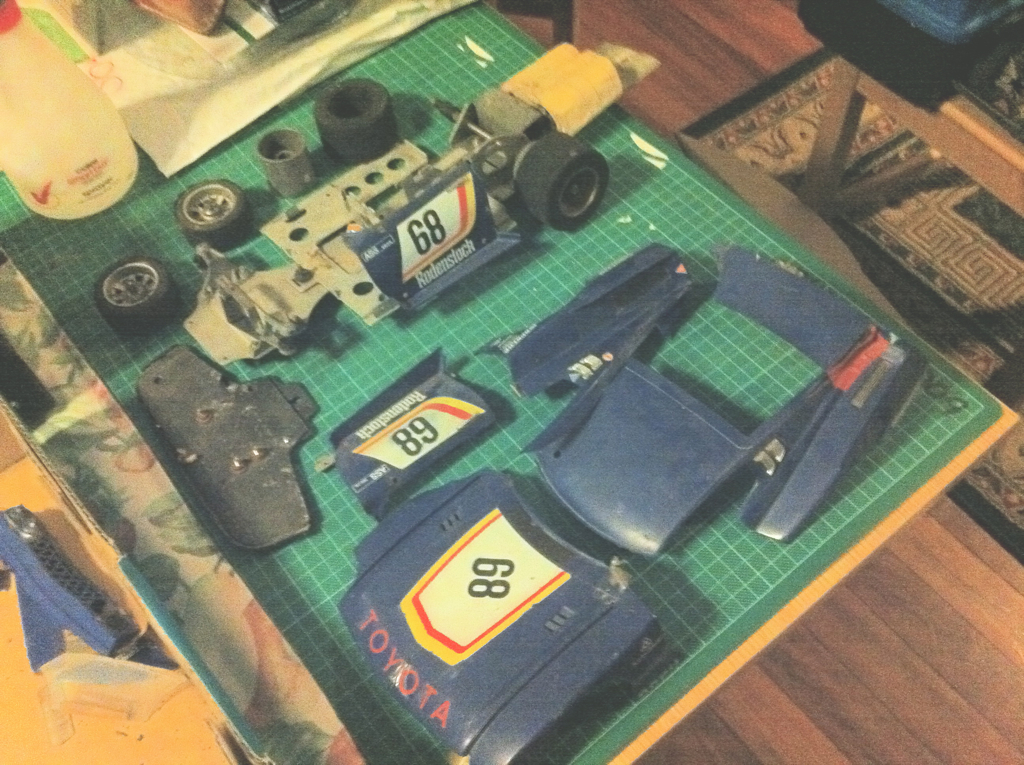 A second run was tried, and luckily failed as we strapped in 3 engines, but only 1 ignited. The car upon launch and with too much steering turned right and smashed straight into the gutter. Pieces where up to 20 metres away. 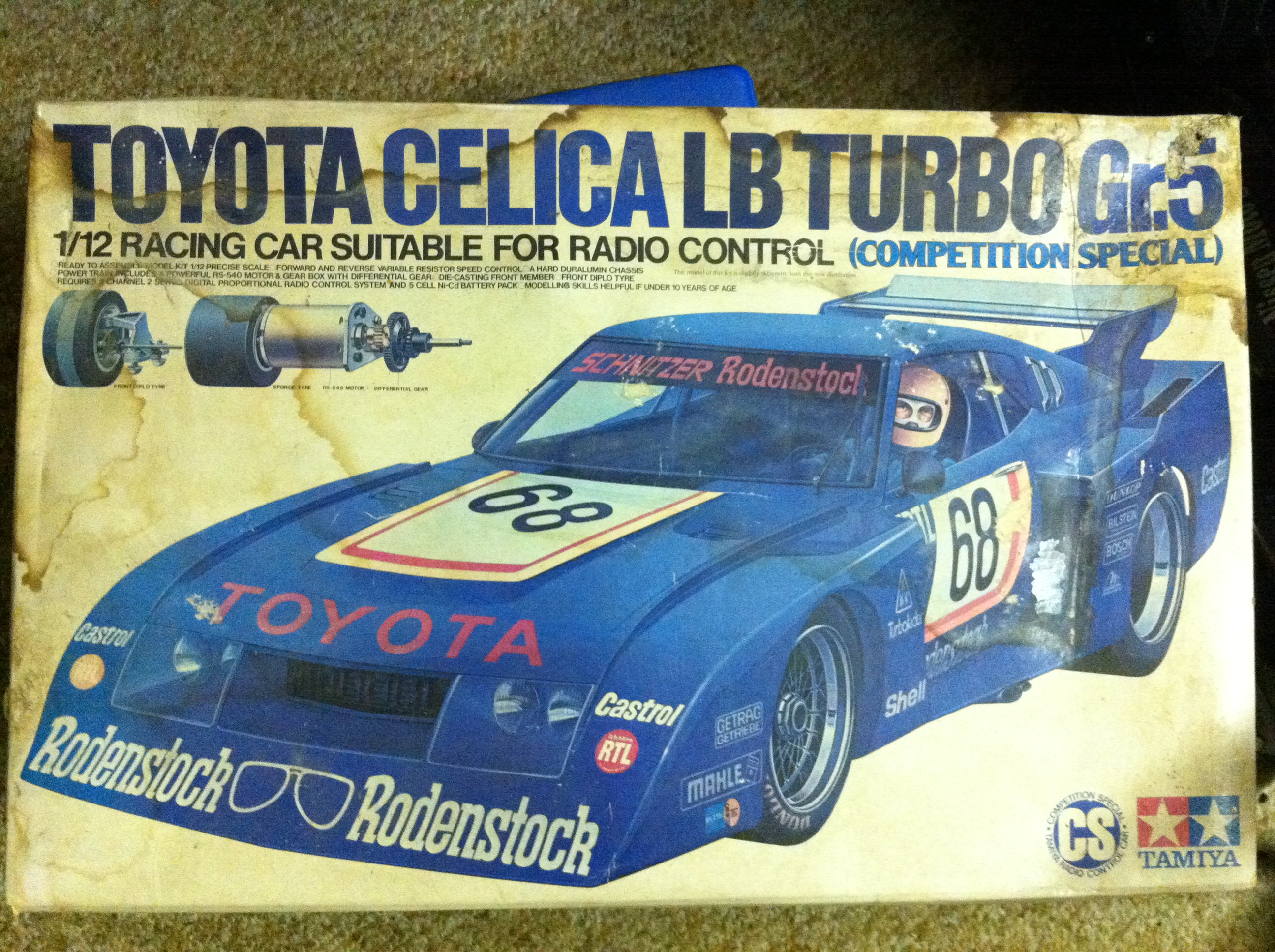 I still have the original box, but it has definitely seen better days. 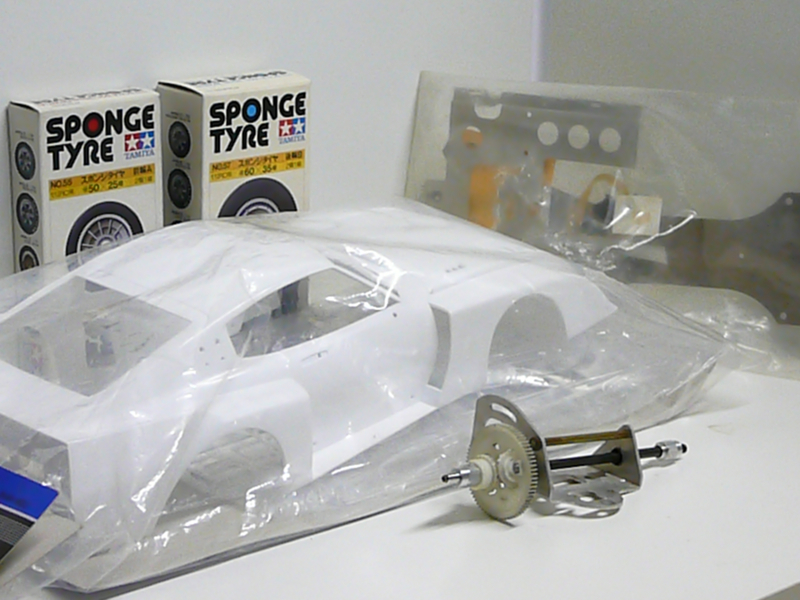 I was lucky enough to find a new NIP chassis set, body set and steering parts. Couple with a secondhand gearbox I can make a second car and use the pieces as reference to repair the first one.