In recent years it has become cheaper and cheaper for the hobbyist to purchase or home make equipment for the fabrication of parts. I intend to make or buy many such pieces of equipment, such as a vac former, a blast furnace for smelting aluminium and cnc for milling parts. I now have a desktop cnc machine, a TS-3080-H80. The maximum area I can cut is about 400 mm x 300 mm x 80 mm, but once you take into accounts setup jigs etc, it’ll be a fair bit less. But for the money, $1150 inc GST and delivery, its a good price. Especially since I initially looked at scratch building one, and that was going to be at least $750 plus many hours of build time.

While I have bought at the cheaper end of the market, it will still do what I need it for (making dyes so I can press number plates for the film industry). In the two pictures you can see it cutting, the final pieces and a test press. 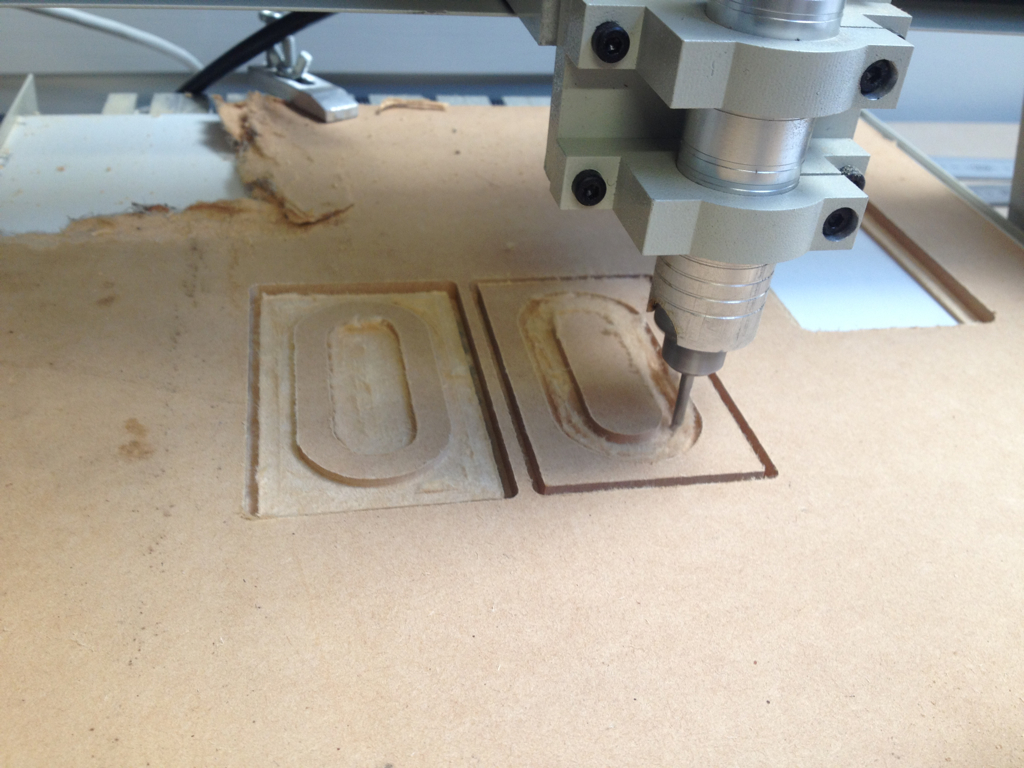 and the final pieces plus a test press, 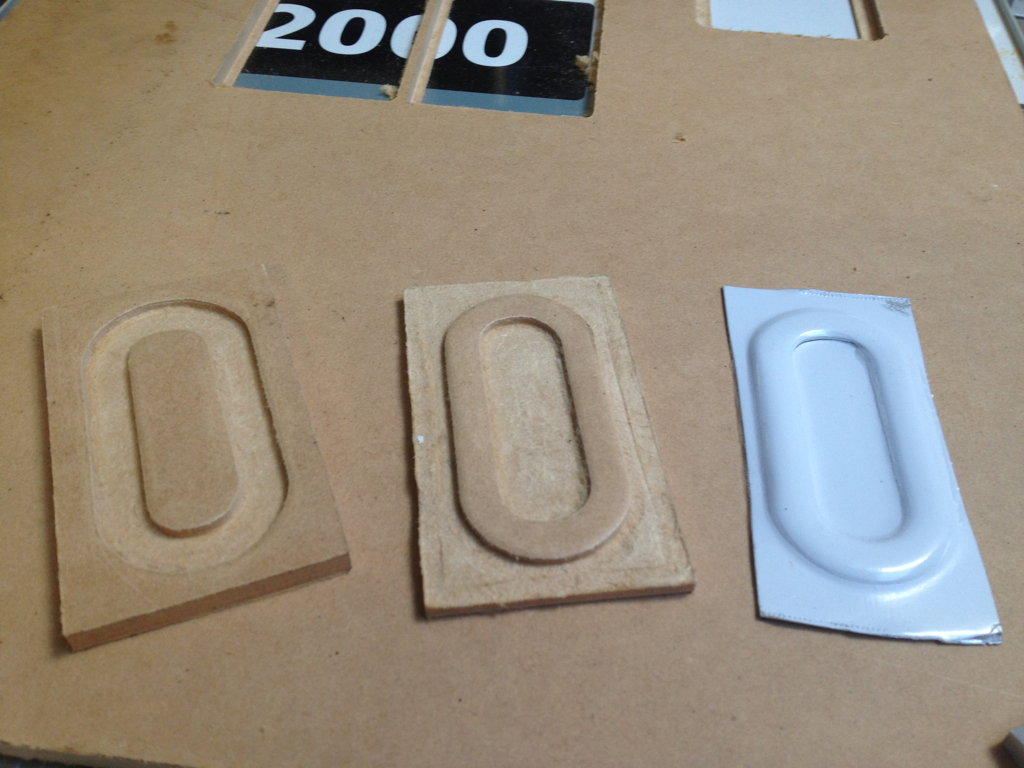 I make positives and negatives to press metal with

This was pretty easy to setup and cut, total time from making artwork to pressing the metal was around 20 mins. I spent about 2 days of solid reading and sample testing before I cut anything. I looked at a fair bit of software too, and will use Mach3 ($175) and Cambam ($150) to generate g-code and control the milling machine. I know there is a lot of other software out there, but these two together seem to be the easiest for me at this stage. My next step it to try cutting plastics (mainly acrylic and acetyl), followed by Aluminium, and then onto complex shapes. The CNC machine came with a 4th axis so I can rotate parts.

I intend to do some modifications to the machine over time as well. There are no limit switches, so if you aren’t careful, you can push the machine either too far to the edges or the drill bit too far down. Also the motor is 200 watts, so at some stage I’ll upgrade that. But the first modification is to attached a vacuum tube near the bit to suck up the mess that is generate as it cuts, plus to build a box for it, as its a noisy bugger!

so far I have gone through 3 fuses, 1 x capacitor and have to re-press the connecting spindle cable on. I think I have been pushing it too hard though! Also today my order of carbide router bits has come it, so its time to try cutting some acrylic and aluminium.